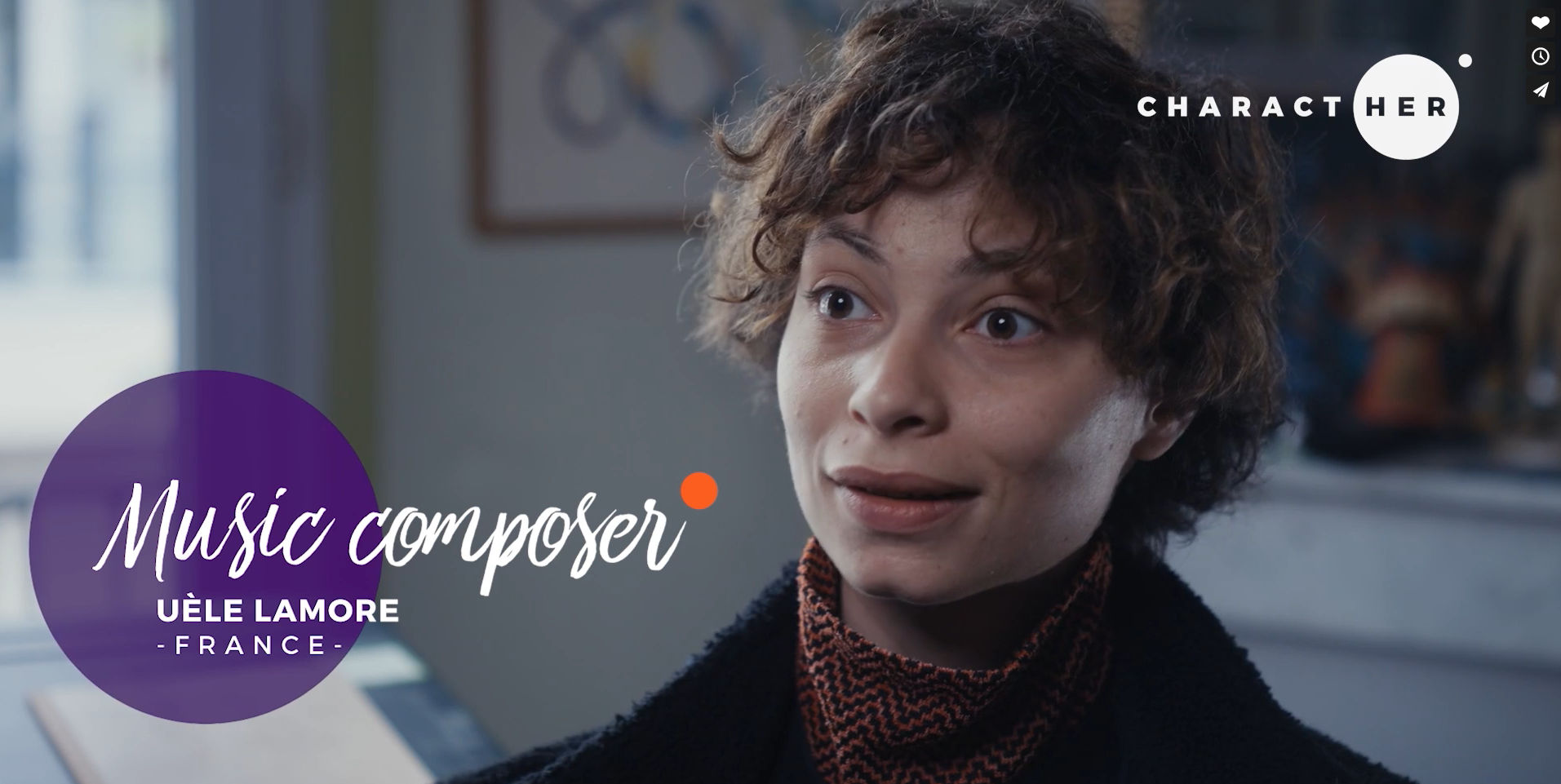 *Extracts from an interview in the magazine 3 Couleurs  (in French)

For me, the most important thing is to always go further, to have the goal of surpassing oneself artistically and reach goals that at first would have seemed unattainable.
I think I was inspired and motivated by the career of great musicians who have been part of this somewhat metaphysical quest for « what does not yet exist and must be created ». I would mention Miles Davis who is a big influence for me, John Coltrane, and among contemporary artists, Floating Points, Mica Levi, Flying Lotus or Four Tet. «
For a while now, I’ve been thinking a lot about James Gray’s The Lost City of Z. This film really marked me. The story of this explorer who is completely consumed by his quest, the question of inequality between men and women which is depicted in a very real way, the sublime music, the dazing landscapes, and this feeling of the passing long time – which I find is rarely well captured in films -.

Uèle Lamore has always explored music’s infinite possibilities. From an adolescence spent studying jazz, rock, and classical music to recent work experimenting with Al-generated sounds, the 27-year-old Franco-American artist has followed her curiosity, blending a disparate variety of styles and genres to emerge as one of contemporary music’s most acclaimed composers, arrangers, producers, and conductors.

Guitar was her constant companion through seven years of music school in the US – it remains her favorite instrument – but a stint studying in Versailles introduced her to classical composition and conducting, deepening her musical knowledge. Jazz, in particular, the work of Miles Davis, further piqued her interest in arranging and fueled a fascination with musical textures and the relationship between different instruments.

Experimentation with modular, electronic, and synthetic elements followed, as did composing and arranging within electro, new wave, rock, techno, minimal, and ambient. Since 2019, she has served as an associate conductor, orchestrator, and arranger for the London Contemporary Orchestra (LCO), and has collaborated with a number of highly acclaimed artists such as Alfa Mist, Max Cooper, Etienne Daho, Silly Boy Blue, Moor Mother, Drum & Lace, Yan Wagner, and Hugo Lx.

Having worked on a variety of projects across various disciplines, including scoring soundtracks for films, ballets, and animations, a number of remixes, and several special orchestral works for festivals, Lamore has more recently began to write and record more personal, solo music. 2020 saw the release of Tracks, her debut EP, which was followed by Hequet’s Shadow: Return of Glycon, her first release for new Sony Music Masterworks imprint XXIM Records and a collaborative effort between Lamore and the “Music and Artificial Intelligence team” at Sony Computer Science Laboratories (Sony CSL).

Next up is LOOM, her debut solo album, a sonically ambitious record that melds elements of indie pop and alternative music to what Lamore calls a “model of a symphonic poem”. Featuring performances from Thomas Hugenel and the LCO, and guest vocals from Silly Boy Blue, Gracy Hpkins, and Cherise, LOOM is entirely self-produced and showcases her unique, expansive style. Live, LOOM will be touring the world from early 2022, Lamore’s five-piece band adding a raw, visceral edge to the music as part of a spectacular show aided by Japanese artist Akiko Nakayama’s colourful, psychedelic video syncs for each track.

Later this year, Lamore will release the soundtrack she wrote for Marcher Sur L’eau, the directorial debut by the Senegal-born Franch actor Aïssa Maïga, and an album for 7K! Records special series Plunderphonia, based around the repertoire of Giacomo Puccini. She’s also due to perform a special show for French festival Le Printemps de Bourges alongside Yan Wagner, Malik Djoudi, Victor Sold, and Sandra Nkaké, as well as appearing on French TV broadcast show Variations with Max Cooper.

You can see more of Uèle here : 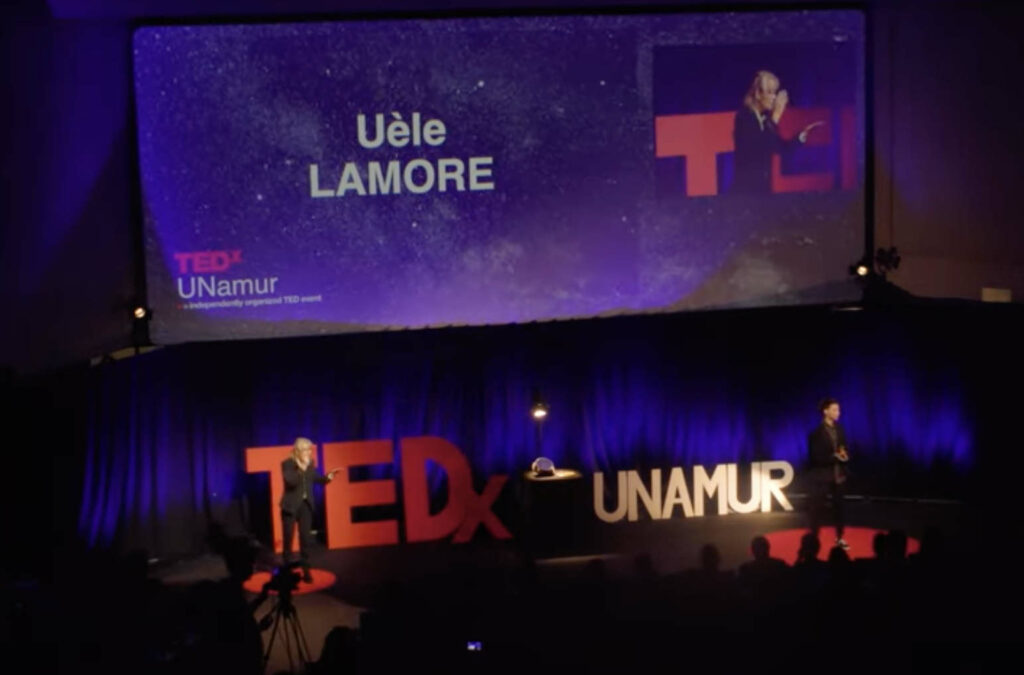 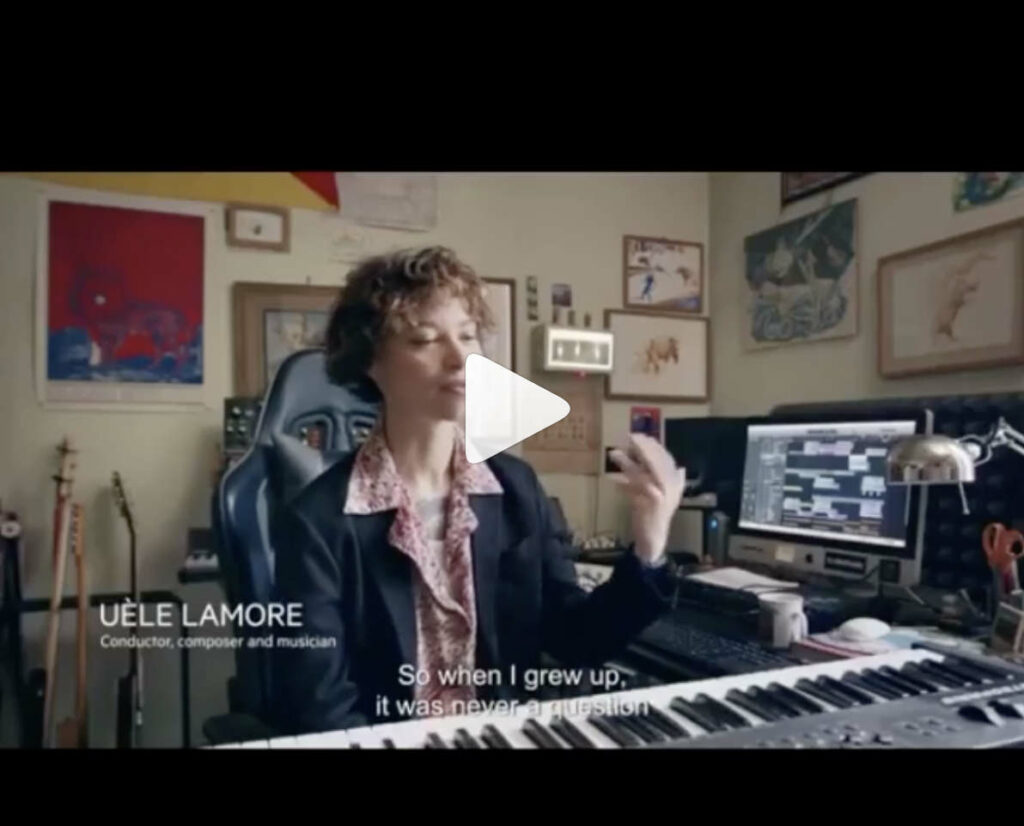 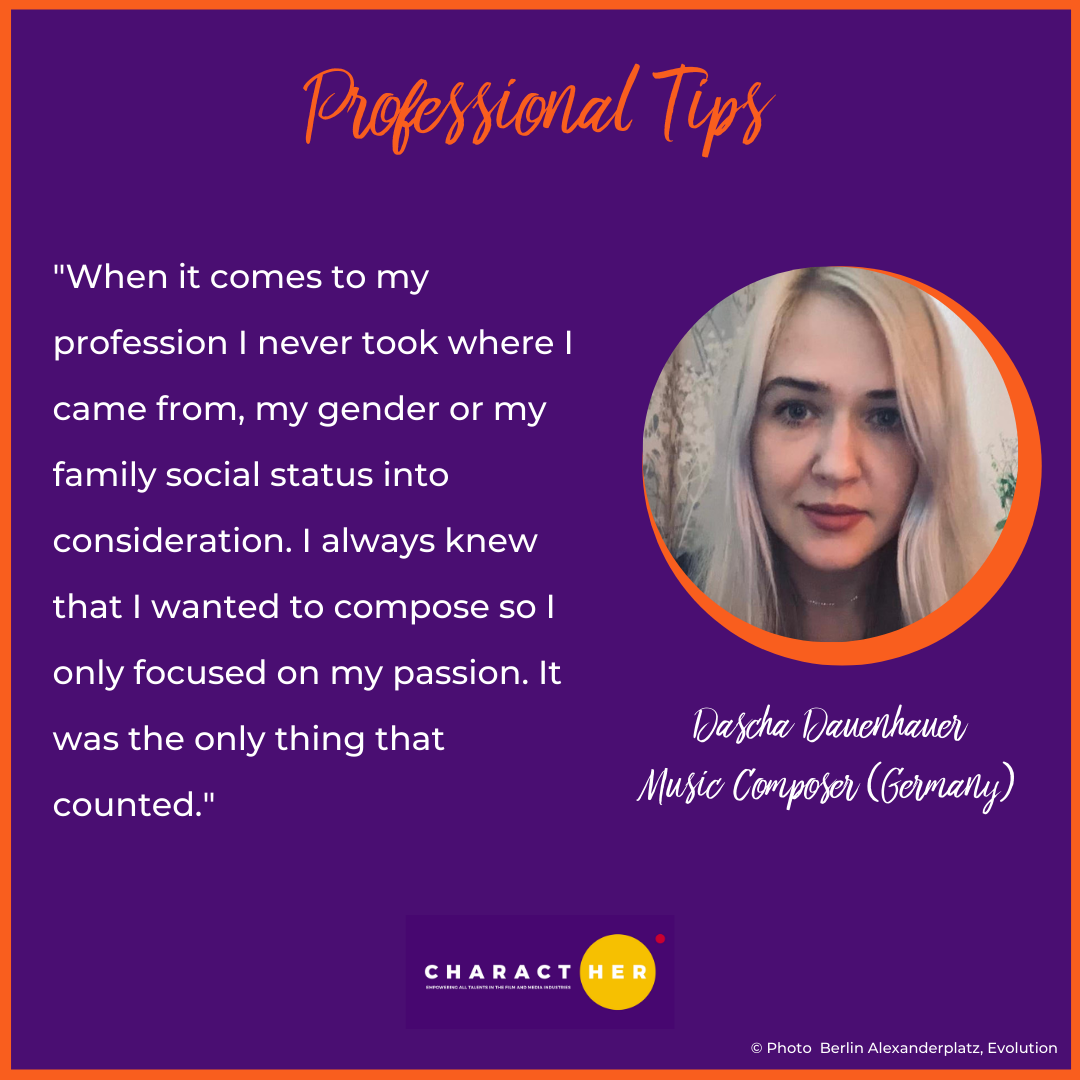 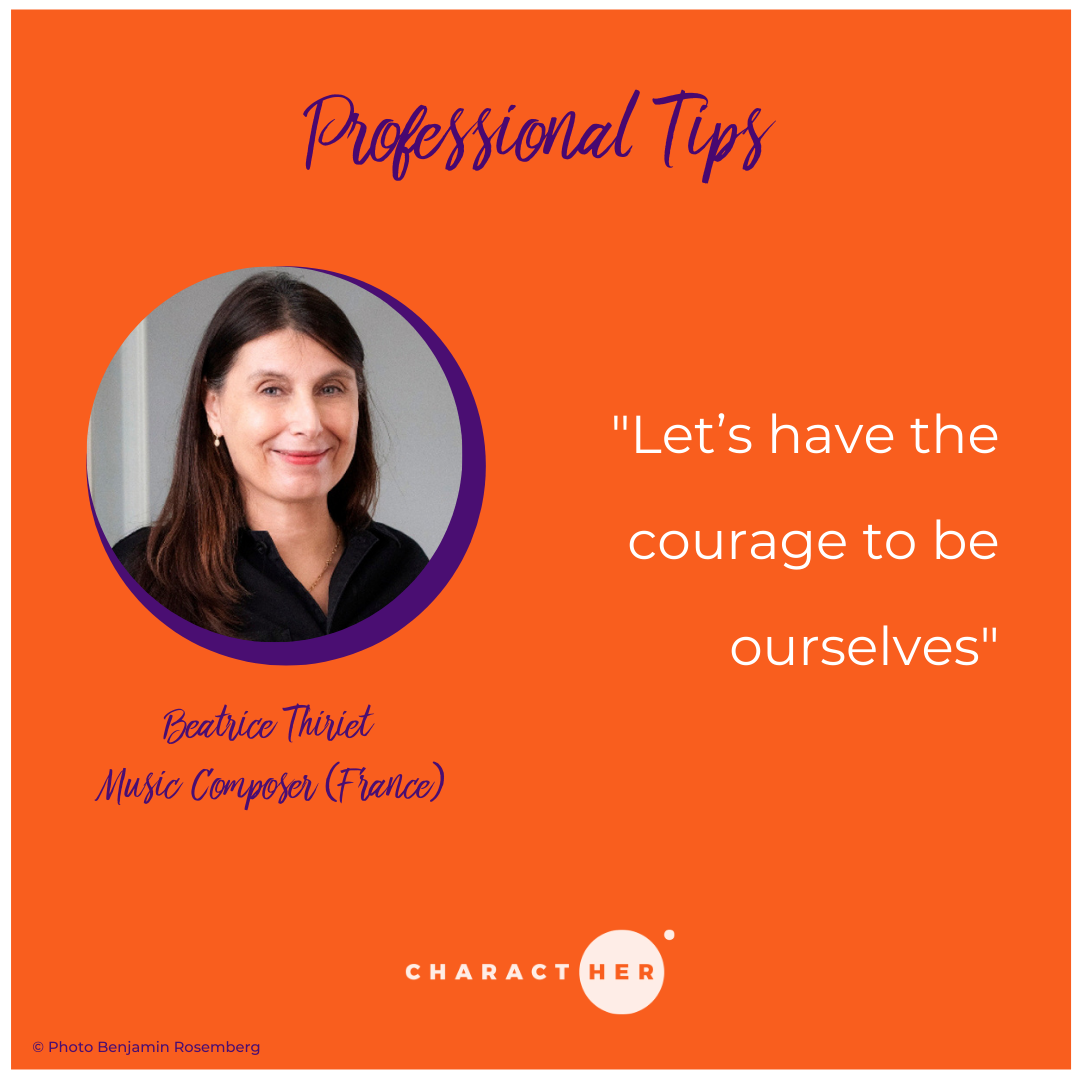 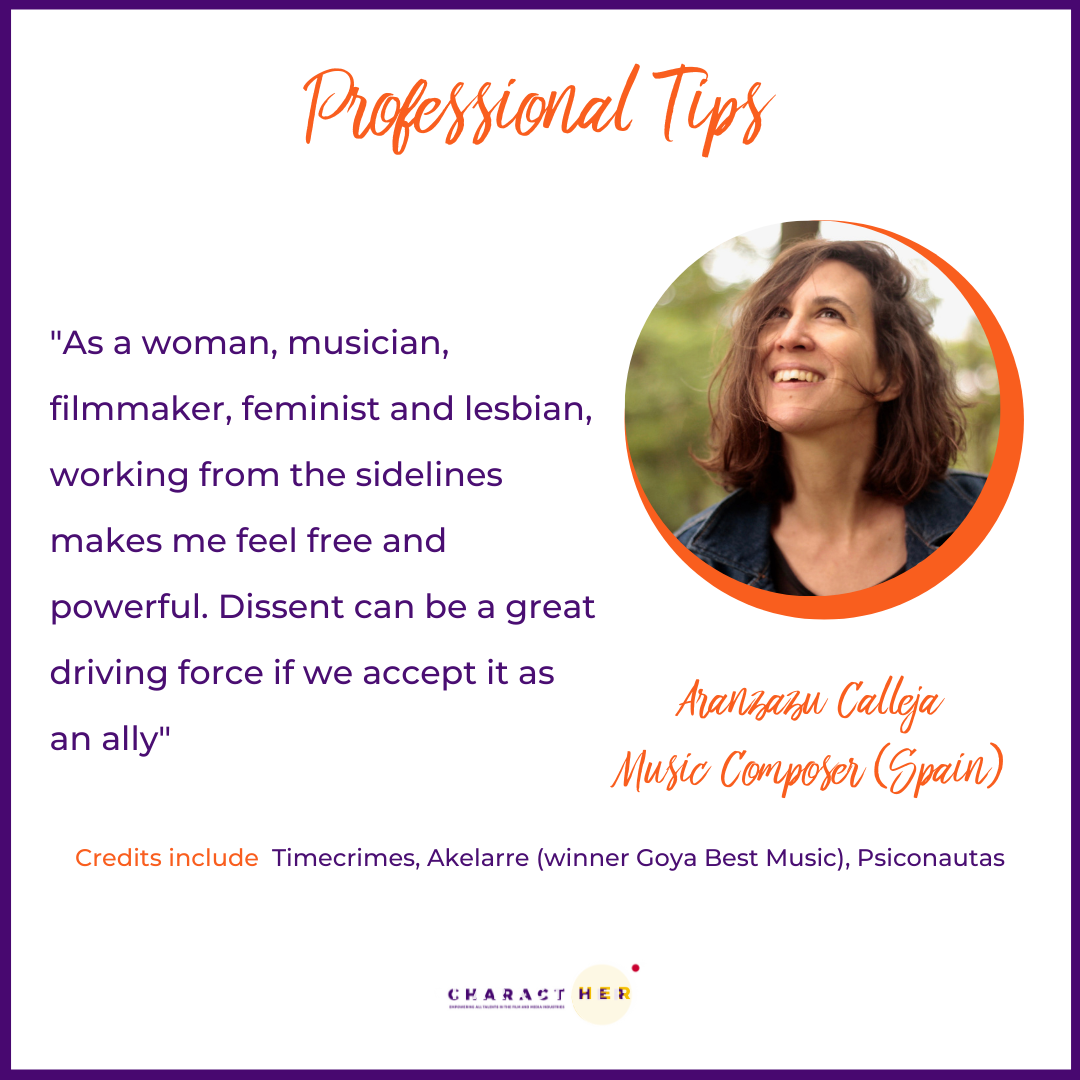