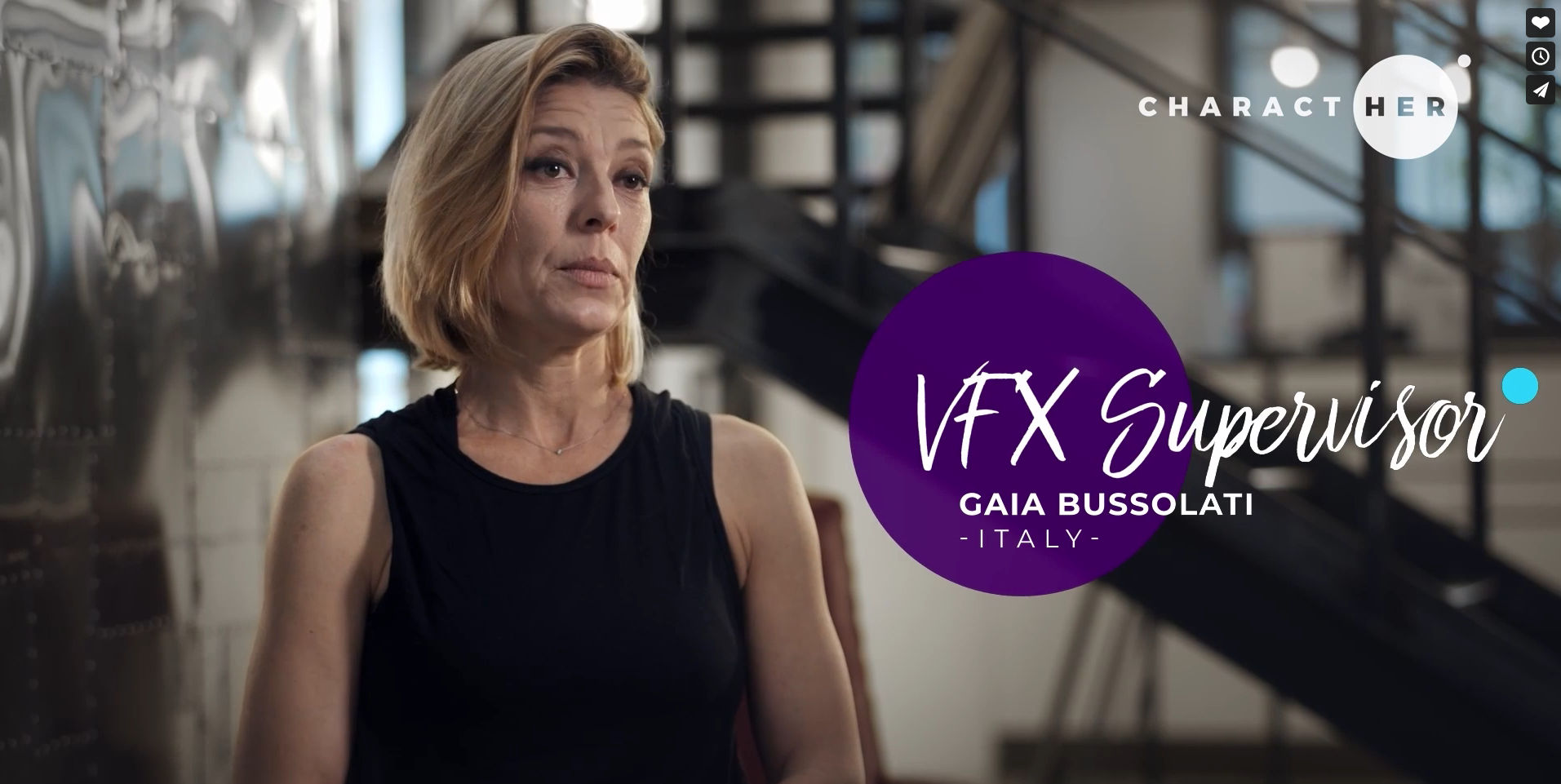 *What advice would you give to someone starting out in your field?
My best advise is not to hurry.  Experience come with a lot of time, collecting pieces from every field. Look for details in every little sight of your life, they can be useful to make things look real in vfx. Find the beauty in every detail.
*Who were your heroes or models when you were younger?
My list is quite long : Albert Einstein, David Bowie, Rita Levi Montalcini, Charlie Chaplin, Lumiere brothers, Carlo Rambaldi, Vittorio Storaro, Conrad Lorenz, Gustave Dorè, Marisa Bellisario, and some less serious: Batman, Lady Oscar and the Bionic woman.
* Name the film that has made the biggest impression on you. (you can name several if you want)
Also for this question I have a long list : Shining, Blade Runner, Brazil, Fight Club, Matrix, In the Mood for Love, Memento, Nosferatu, Metropolis, The Belly of an Architect, Der Himmel über Berlin, ET… I could go on for hours…

Gaia Bussolati was born in Turin (Italy) and followed an academic path on scientific sub- jects focusing on ethology, art and mathematics. She spent the university’s years between Turin and Hannover (Germany) eventually graduating with honours in architectural desi- gn while showing strong interests in design, modelling, photography, scenography for theatre and cinema and more in general cinema.

Gaia cut her teeth as a set designer assistant for the movie « Ogni lasciato e’ perso », directed by P. Chiambretti, filmed in Turin, there she learnt about visual effects… Thanks to her graduation’s dissertation titled « How to design unfeasible spaces » she got in contact with EDI, back then a newly created company: it was 2001.

She began her career in visual effects as a 3D modeller and compositor, eventually beco- ming a VFX supervisor, and for some time working as a colourist.

In addition to all her projects as a VFX supervisor and working on set, Gaia oversees the color grading and laboratory department, and she is a minority partner of EDI.

Gaia is member of the Visual Effects Society (VES), she is also part of the Jury of the David di Donatello Awards and European Film Awards (EFA). Since 2019, she is member of the Academy of Motion Pictures Art and Science and since 2021 of the Television Academy.

In her spare time Gaia continues to collaborate with theatre and circus.